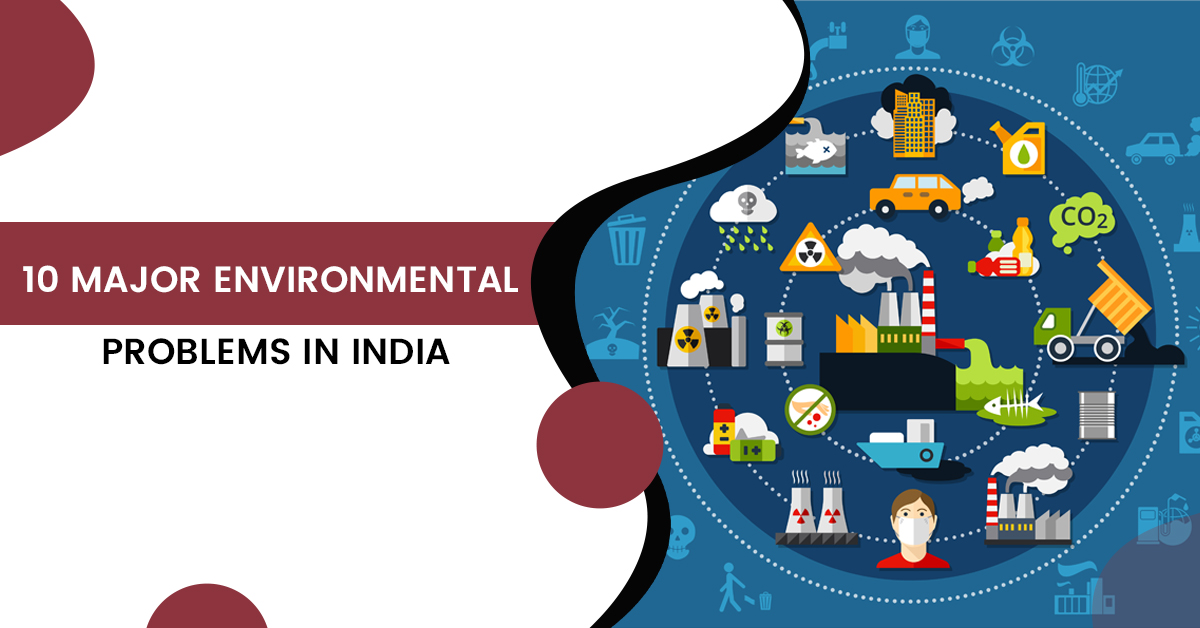 Generally speaking, an environment refers to the surroundings or conditions within which someone, an animal or a plant lives or operates. With this in mind, it would be relatively easy for one to comprehend the significance of its role in the famed cycle of life.

Environmental issues that are causing these changes constantly change as our environment does, and we must become increasingly aware of those issues as they change. We need to be much more careful with how we live in tandem with the types of environmental issues our planet is facing due to the increase in natural disasters, warming and cooling periods, and weather patterns.

What are Environmental Issues?

There are many side effects associated with human activity. It has potential for both positive and negative effects. On the one hand, it may bring about development, while on the other, it may have detrimental effects. Environmental issues often arise from these unfavorable changes, affecting the natural balance of the environment.

Environmental issues arise from human activities that harm the environment. Climate change, global warming, the greenhouse effect, pollution, overpopulation, and waste disposal are among them.

To create a balance between man and the environment, a number of environmental protection programs are being implemented at the individual, organizational, and governmental levels.

The following are some of the current environmental issues requiring urgent attention:

During the last 60 years, the population of the world has tripled, putting a strain on every aspect of the environment. There is an increasing amount of land being developed to accommodate urban expansion every day.

Trees and forests are being depleted at an alarming rate due to deforestation. Besides providing oxygen and raw materials, trees also maintain the earth's temperature. There has been a drastic change in the earth's climate due to the depletion of trees for commercial purposes.

There are many wild animals and plants that inhabit forests. A large number of plants and animals have been wiped out due to forest destruction.

The highest temperature ever recorded in India was 51 degrees Celsius in May 2016 at Phalodi in Rajasthan. Climate change and global warming are real challenges that the country is now facing, as highlighted by the increasingly tormenting heat waves of recent years.

Due to the melting of the Himalayan glaciers, floods and other natural disasters are occurring more frequently. There have been more forest fires, floods, earthquakes, and other calamities over the past five years than ever before.

The majority of our industrial plants use outdated technologies and makeshift facilities without any provisions for treating their waste. There are a great number of cities and industrial areas have been identified as having the worst air pollution and water pollution.

Despite the fact that laws are enforced in the country, their implementation is not that easy. Because of the technical expertise, and political will, and resources needed to implement them, they require great resources. This information is again to be shared with the people. The implementation of these rules would not be possible without their support.

There is a growing threats to food security and livelihoods in the country due to rapidly depleting groundwater levels. There has been an increasing difficulty in accessing groundwater over the decades. News reports indicate that excessive exploitation of groundwater resources has reduced the availability of water within 10 meters from ground level by six percentage points due to irrigation of cash crops such as sugarcane.

Droughts and low rainfall also contribute to groundwater depletion. There has been the greatest impact on the country's northwestern and southeastern regions. Food crisis naturally follows from this region's agribusiness production and the food production.

The volume of plastic consumed per person in India has increased from around 4 kg in 2006 to around 8 kg in 2010. Plastics are among the least biodegradable materials, so it is important to understand the damage they can cause to the environment. Natural decomposition of a plastic beverage bottle may take up to 500 years.

As a result of the production of nitrogen-based fertilizer for crops and the use of food additives, humans convert 120 million tons of nitrogen from the atmosphere into reactive forms such as nitrates each year. Most of the oxygen in our air is generated by phytoplankton, which is negatively impacted by the run off from crops.

According to NEERI estimates, Delhi generates about 8000 metric tons of solid waste per day. Additionally, power plants generate hazardous and non-hazardous waste, such as fly ash. A total of 5000-5500 M tons of garbage were cleared by MCD and NDMC each day, resulting in an an accumulation of garbage throughout the city.

A study carried out by the National Productivity Council, New Delhi, aimed at selecting a suitable disposal site for hazardous waste has been carried out. Despite the selection of a 150-acre site along the Bawana-Narela Road, the site has not been made available due to opposition from locals.

Ozone is a concentrated gas that surrounds the earth. UV rays from the sun are prevented by the protective layer on the skin. Chemicals such as CFCs (chlorofluorocarbons) used in everyday life and in industries (e.g. aerosol cans) are destroying this layer.

These compounds destroy the ozone layer due to their chlorine content. A hole in the ozone layer exposes humans and wildlife to ultraviolet radiation that can lead to skin cancer and other diseases.

Q.1 What are some of the environmental issues in India?

●    Among the most frequently mentioned environmental issues in India are deforestation, soil erosion, air and water pollution, and air pollution.
●    Numerous Indian cities are among the most polluted in the world.
●    Groundwater supplies are being rapidly depleted as a result of excessive withdrawals for home, industrial, and agricultural purposes.
●    Due to untreated sewage and industrial discharges, the Ganges River is one of the most polluted rivers in the world.

Q.2 What are Environmental Changes?

Everything around us is a part of the environment, which is a complicated system. Our dwellings, the water we drink, and even the air we breathe are all part of it. Environmental changes are any that have an impact on any component of this ecosystem in a way that could endanger or hurt living creatures. When human activities and natural processes are out of balance, environmental concerns result.

Q.3 What can individuals do to help address environmental issues?

●    Reduce energy use by utilising energy-efficient appliances, driving less, and turning off lights when not in use.
●    Instead of tossing away resources like paper, metal, and plastic, recycle them.
●    Purchase goods that require less packaging or are recyclable.